started a topic about 7 years ago

I just purchased my Fly6 and so far I love it! My request is for more mounting options. Specifically, a mount designed for a rear rack, as well as some options to retrofit the current mount to work on a seat stay. I've already found that since I don't have a sloping top tube on my road bike, my seat pack takes up all the real estate on my seat post, leaving me no where to mount the Fly6.

On my day-to-day commuter the seat post mount is fine, but having the option of a rack mount would allow me to use it with unobstructed view if I have something on my rear rack, as well as use it on my touring bike and tandem.

Looking forward to purchasing the front light/camera later this year!

said almost 7 years ago
It would be nice to have a clip to attach to the loop on saddlebags. When it has that I will purchase a unit. Thank you

The only reason I haven't bought a Fly6 is lack of a rack mounting option.

I have now tested mounting the Fly6 in both the recommended seat post location and in the taillight location on a bike rack with panniers. There is decidedly more vibration and camera shake when mounted on the rack. It is tolerable but the quality of the seat post video is superior and more enjoyable to watch without the need for post-processs image stabilization. Note: I was able to mount the fly6 to the rack using the stock mounts and zip-ties to prevent movement of the mounts and loss of the camera.

Please, please, please provide something for the back end of a rack to snap this thing into.  Here is my horrible, kludgey attachment that will probably fall off and I won't notice: 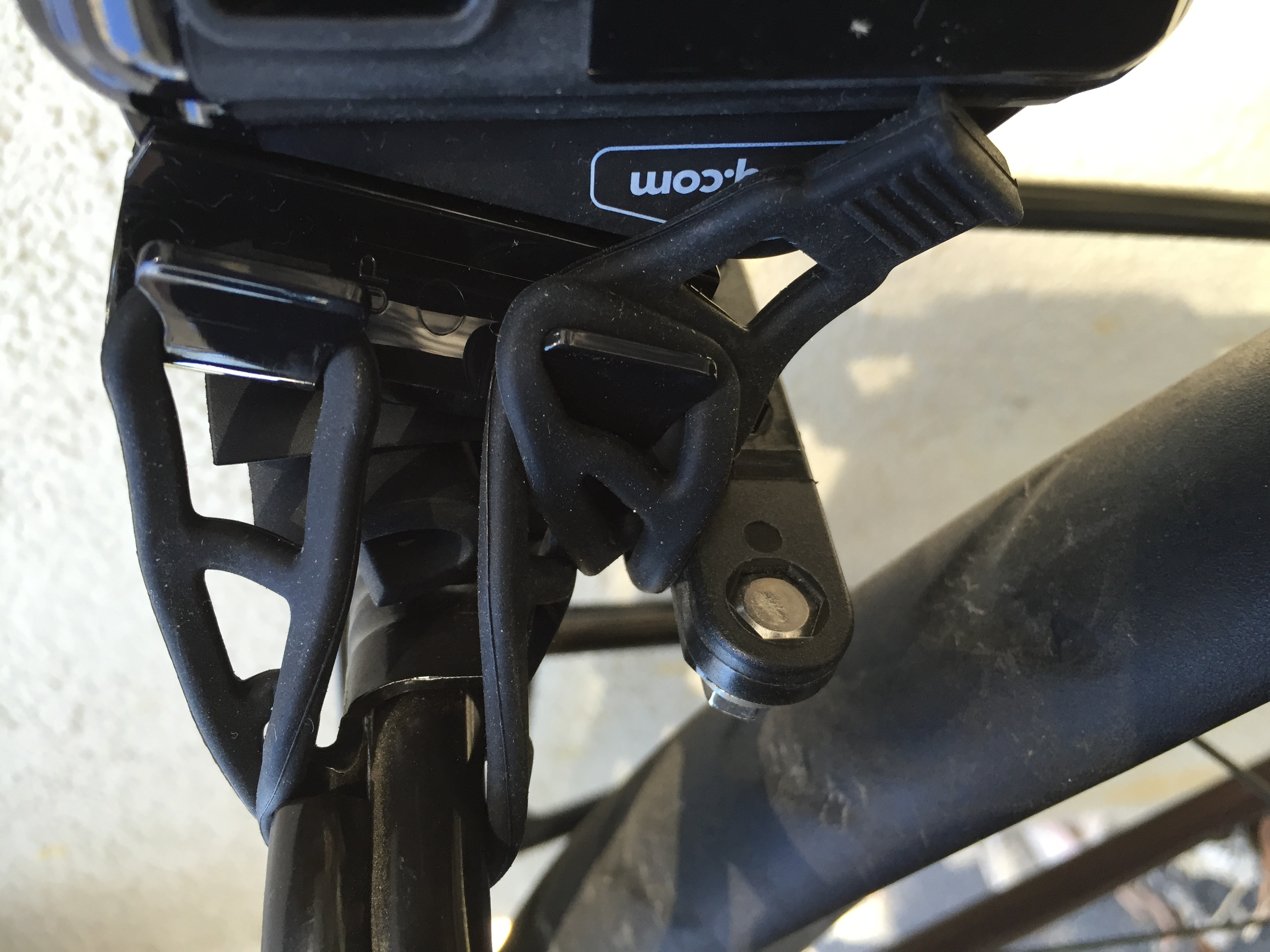 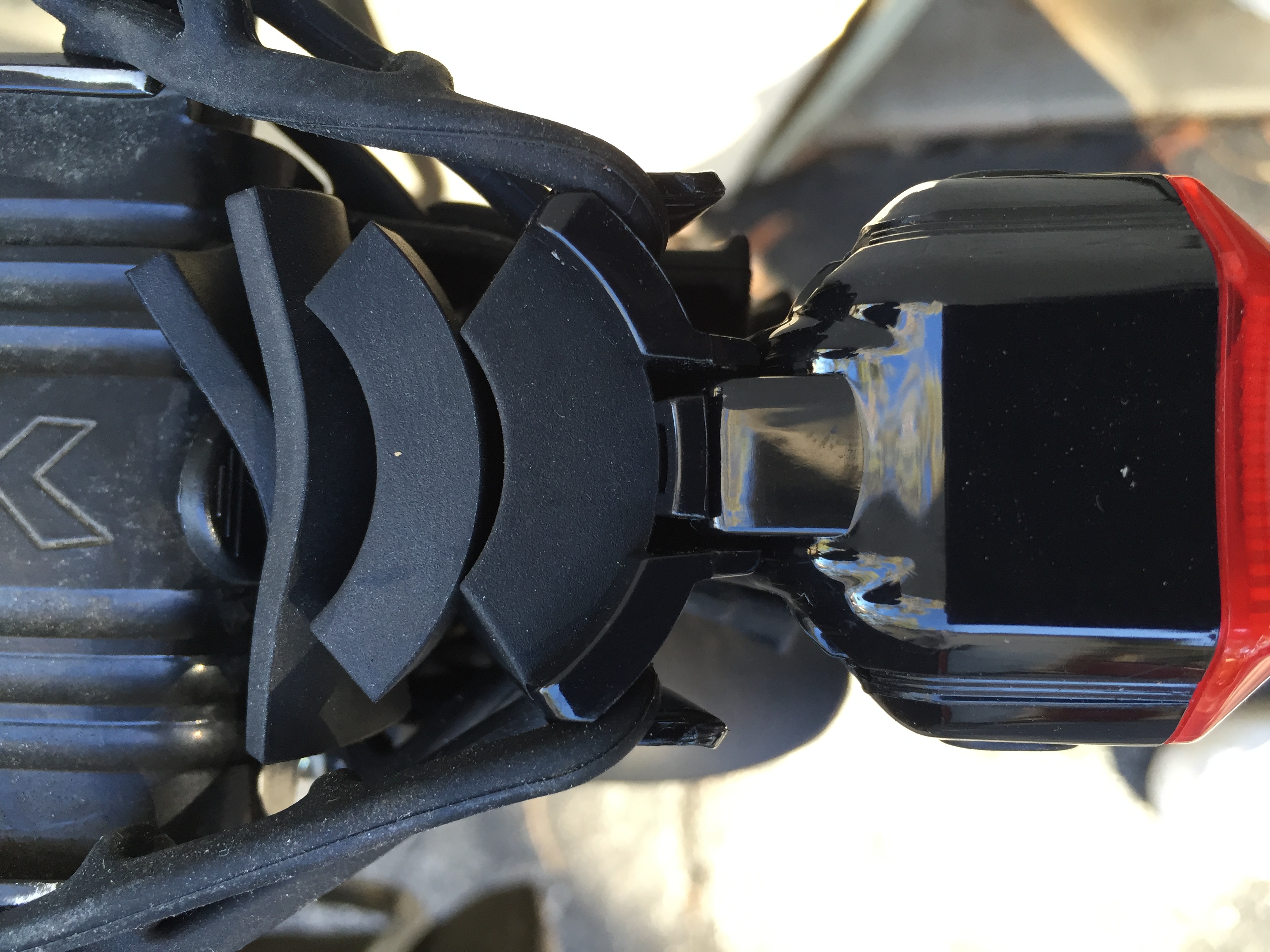 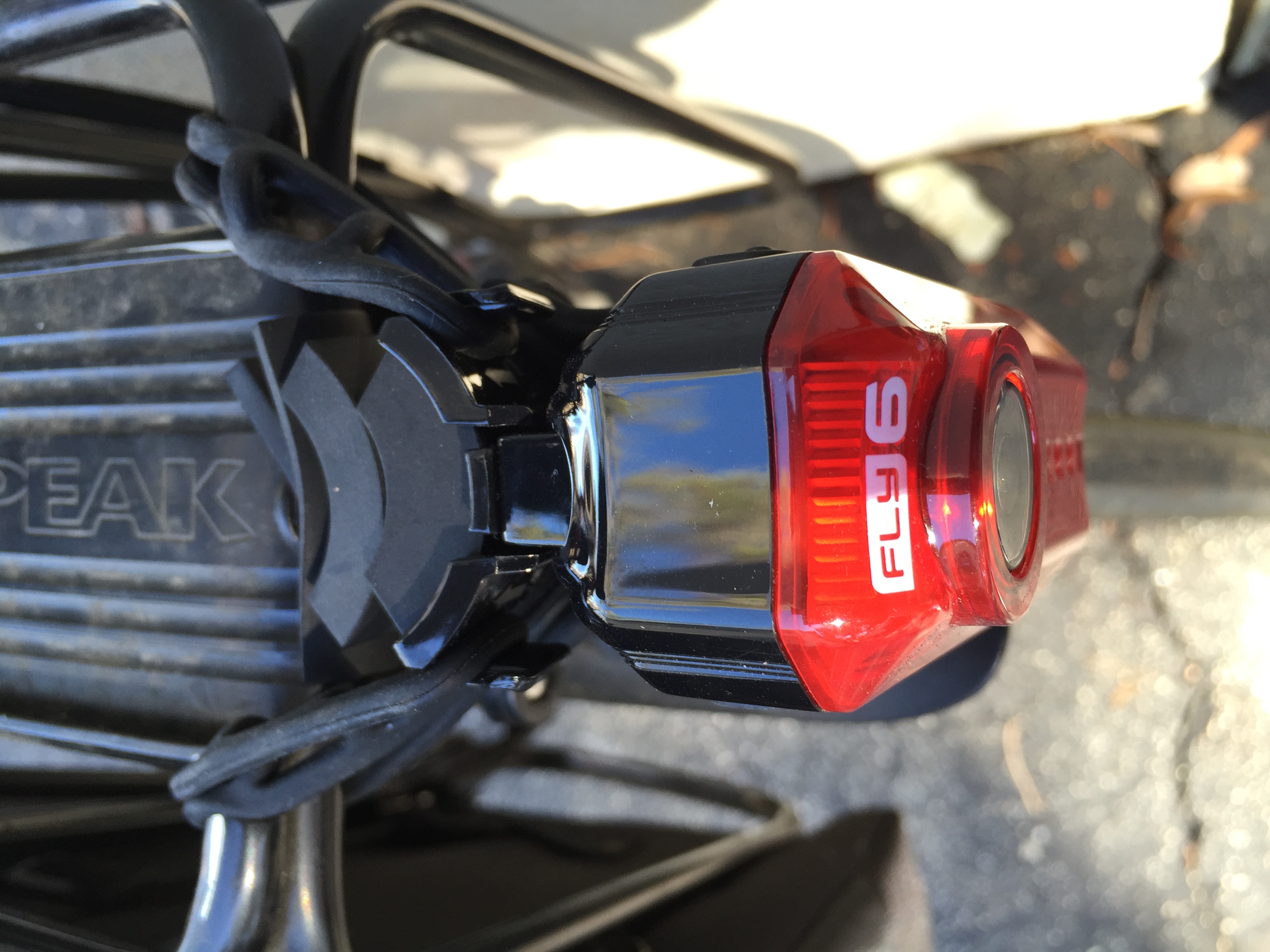 Unfortunately a mount for a saddle bag is not something we will be providing. The reason: The unit must attach to something solid /stable in order to capture footage that is not impacted by harsh vibrations. A saddle bag has lots of movement making this a non viable option.

Future generations of the fly6 will hopefully allow for even more mounting options and your comment regarding the pannier rack mounting options has been noted and passed onto the development team.

said almost 7 years ago
I suggested Cicliq make available the mount (clip end) as 3d wiremesh format, so that users can build their own mounts using 3d printers. We could buils a library of those here. It would save Cyclic offering hundreds of different mount options while making their device(s) usable in many more places,
Of course any such mount should be donated back to the public domain

I can report that the rack mount for the Fly6 that is on Thingiverse at https://www.thingiverse.com/thing:786327 works fine. Yes there is more vibration than on a seat post mount but the seat post mount isn't an option on my touring bike... it is either on the rack or nowhere. @Mathias Körber this meets your requirements, easy to hack the design for other mounting points. It works as is on a Tubus Cargo rack.

If Cycliq don't want to make one then they are forgoing revenue but no reason why the users should miss out, so make one on your 3D printer of send the design to one of the 3D printing services.

Thank you for the feedback.

I have to reiterate that Fly6 was designed for the seat post and there are several reasons around this including the vibration you have eluded to which can have a large impact on the stability and therefore video quality of our products. We are impressed with customers who have adapted their own methods but for the current Fly6 model we are sticking with the original design. For future models we will be considering alternate mounting options and this is certainly one that is on the table during the design process based on feedback from our users.

Cycliq does not look at this as forgoing revenue, but making sure the unit is fit for purpose and working as designed.

said over 6 years ago
I have mine on the rack on my hybrid and the footage is as good as the footage when it's mounted on the seat post on my Brompton. I just fit the mount on to the upright on the rack. Don't know why cycliq are making such an issue of this. There's clearly a demand for alternative mounting options - just do it!

It's really unfortunate that you won't consider a rack mount option. Don't forget that the light function is just as important as the camera function, if not more so. A seatpost mounted light gets blocked whenever you carry something on top of a rear rack, or even using a seat bag.

At any rate, I've been using a GoPro on my front rack all winter, and the clarity of the footage is the same as when I have it frame mounted, which is to say perfectly clear. I realize there are many flimsy, shaky racks out there, but that's not all of them, and it's not mine. Seatpost mounted lights are also a hassle for people who work on bikes, as they must be removed to clamp the bike in a stand.

As it is, I'll stick with my rack mounted Cygolite Hotshot and just add an action camera with an under-saddle mount. If the camera gets blocked, at least I still have a visible light.

Thanks for your feed back Joshua Myles.

We understand there is demand for this and as a very young company our development and design will continue to evolve. We take all customer feedback to the table during the design phase which will very much be the case for the issues you have addressed.

@Joshua Myles, a fellow Fly6 ower Patrick Keogh posted a link to a 3D printing file within this thread.   Having watched this thread for six months the more expedient soultion is to download the file and print it out at a local 3D printing provider.    Best!

By way of reference, here is an entirely unedited AVI file taken with the Fly6 mounted on the rear rack of my touring bike. Not too bad is it?

@Patrick Keogh, I observed similar results when mounting a Fly6 to my rear rack.  While it is acceptable it becomes more enjoyable if you pass it through image stabilization during post production.  There are quite a few options, some are free.

said over 6 years ago
I too would buy this product if there were better mounting options that would suit my bike. I have a seatpost mounted bag which means not enough room for the fly6 as illustrated, however I wonder if it would be possible to use it at 90 degrees to the illustrations. That is to say horizontal instead of vertical?

This would reduce the amount of seat post space required.

I am using 3D printed parts to mount the Fly6 and reclaimed the much needed sapce on my seatpost.

@Alan Boon, that is some very nice looking work, the arm looks long what is the vibration like? I'd hate to spend $45 in  mounting hardware only to have it produce shaky video.

said over 6 years ago
Add my name to the list of people who want more mounting options.. Like Alan, I ride with a saddle bag.. this obscures ~30% of the vision.

said over 6 years ago
@Steven Graff

Stock mount is definitely much better in terms of video stability. However, I needed the space so I am willing to sacrifice video quality for the reclaimed space. I had to remove my saddlebag when I was using my saddlebag.

The creator, Bud Hammerton, is working on 2 new versions:

1) One with the shorted Gopro ears.

Hi, what material should this be 3d printed out of?

Thanks in San Francisco 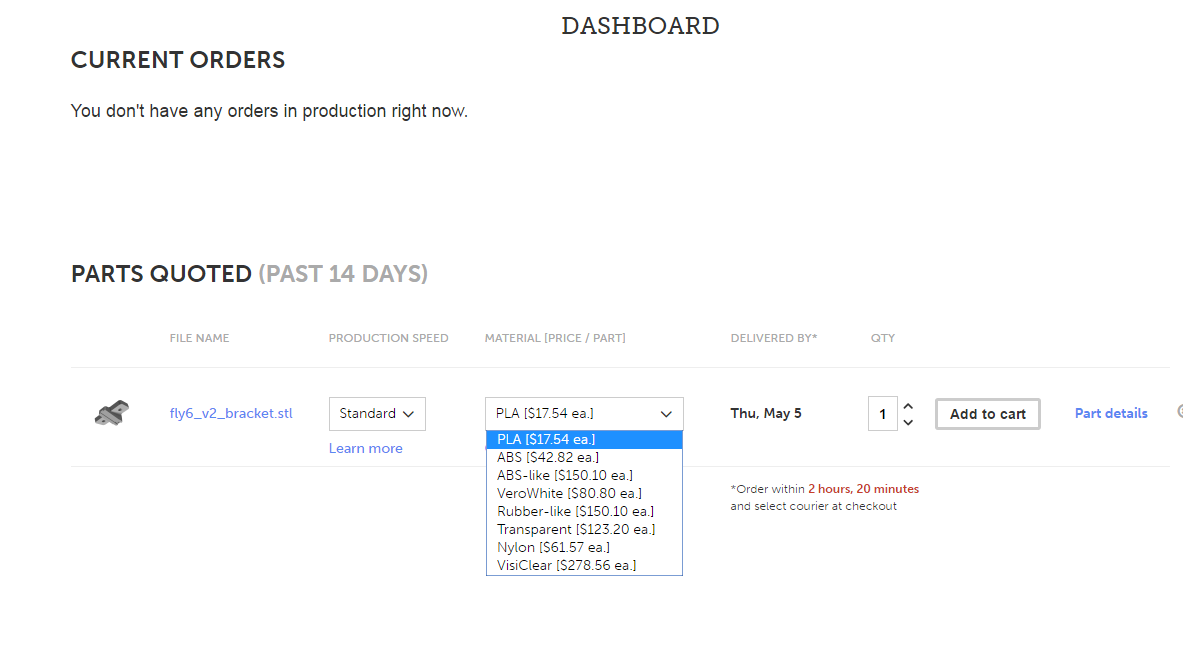 @Alan Boon.  Thank you so much for providing this update and the video files.  If there was an eyelet on the back of the mount below the GoPro flange it would permit for equally ambitous cyclists to fashion a custom bracket to attach to the seat stays and likely gain the stability of a tripod.

I believe it would. You can discuss with Bud. He's open to ideas and pretty responsive (via email) too.